This Sunday morning, we welcome our guest, Tony Perkins, the President of the Family Research Council, located in Washington, DC. Tony has become a real friend over these past several years, having come alongside us in a challenging time over a decade ago. Through the years, our friendship has increased, and we have been privileged to join in several leadership events together. Invite a friend, bring people with you, and do not miss Sunday morning at Cross Church. All of our locations will benefit from Tony Perkins’ presence with us.

The worship will be powerful and some of it patriotic as we celebrate Jesus above all, but also thank God for the extraordinary privilege to live in this great nation called America. Bring a friend. This is always one of my favorite Sundays of the year. Let’s make it great for God. Let’s fill the houses of worship with people, petitioning desperately before God to fill these houses of worship with His presence!

Baptisms Sunday Night Under the Crosses 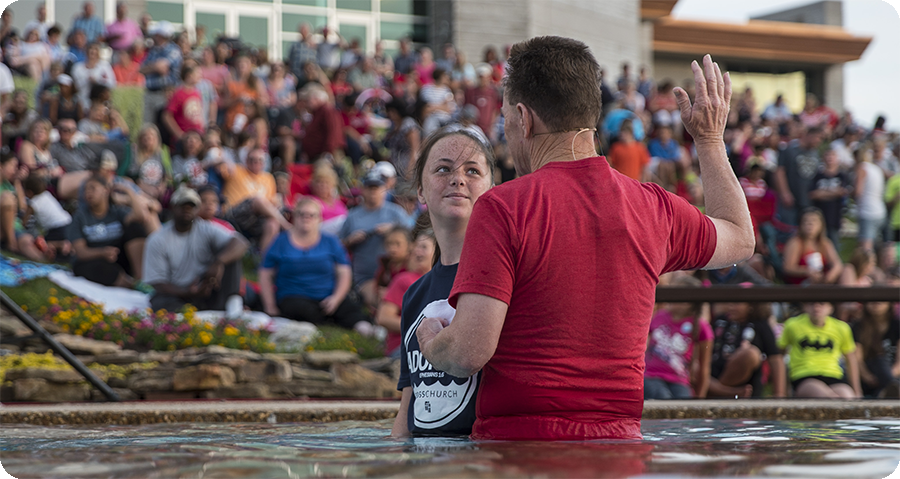 On Sunday evening, just before the sun goes down, it will be my privilege to personally baptize all those awaiting baptism by immersion. If you know Jesus and have declared your faith in Him but have not been baptized, Sunday would be a tremendous time to declare your faith by obeying God’s Word, following in baptism by immersion. You can sign up here.

Fireworks at the Crosses on Sunday Night

Just after dark, we will share a few patriotic moments before observing one of the most dynamic fireworks shows in the state. Last year, over 10,000 people participated on the grounds of our Pinnacle Hills campus. Do not miss it! At 5:00 p.m., music and fun begins and booths will be available for you to purchase food. You can join us any time before the fireworks show begins.

Thank God for All Jesus is Doing

Two weeks ago at Kids Camp, 33 children came to faith in Christ. This week we have over 600 students in attendance at our high school Beach Camp. On the first night alone, 25 students came to Christ and so far we have seen a total of 39 high school students declare faith in Christ as Lord! Middle School Camp attendance is booming and occurs July 5 – 8. You can still sign up for this camp here.

Be Faithful in Your Financial Support This Summer

Regardless of where you are across the world, be sure you are giving weekly to our Ministry Budget. Optimum ministry cannot occur without your gifts. Be sure to give before you leave, after you return, or weekly through automated giving. You can sign up for automated giving or give online here. We are counting on you to join us in giving weekly to the ministry of Cross Church. Your gifts are making a difference in the lives of all ages now and in the future as well as in eternity! Thank you Cross Church.

Now is the Time to Lead in America!

In the 1995 Southern Baptist Convention meeting in Atlanta, Georgia, meeting on our 150th anniversary as a convention, we adopted a strong resolution on racial reconciliation. In this resolution we confessed openly: “WHEREAS, Many of our Southern Baptist forbears[sic] defended the right to own slaves, and either participated in, supported, or acquiesced in the particularly inhumane nature of American slavery; and WHEREAS, In later years Southern Baptists failed, in many cases, to support, and in some cases opposed, legitimate initiatives to secure the civil rights of African-Americans.” THEN, we stated later in the resolution these repentant words: “That we apologize to all African-Americans for condoning and/or perpetuating individual and systemic racism in our lifetime; and we genuinely repent of racism of which we have been guilty, whether consciously (Psalm 19:13) or unconsciously (Leviticus 4:27); and Be it further RESOLVED, That we ask forgiveness from our African-American brothers and sisters, acknowledging that our own healing is at stake; and Be it further RESOLVED, That we hereby commit ourselves to eradicate racism in all its forms from Southern Baptist life and ministry.” This was a bold statement of repentance by the Southern Baptist Convention.

Now, twenty-one years later, we finally had an open conversation before the entire Southern Baptist Convention and America about the need for racial unity in America. It should not go unnoticed that this conversation occurred only twenty minutes from Ferguson, Missouri, where in August of 2014, the world became focused on the racial unrest and violence that erupted in this city. Additionally, this conversation occurred within a fifteen-minute walk of the Old Courthouse in St. Louis, where 159 years earlier the infamous court case of Dred Scott v Sandford resulted in the decision that as a black man, Dred Scott could not be recognized as a citizen of our nation and did not have the right to sue for his freedom.

I am not sure why it took twenty-one years for a conversation like this to occur within an annual meeting of the Southern Baptist Convention, but I am rejoicing it happened. We need to push pause as Southern Baptists for a moment and understand the significance of this event historically and presently.

Our convention offers many options for breakfasts, luncheons, dinners, a myriad of information in the exhibit hall, and even personal appointments and activities. Oftentimes, these can distract from the very convention we journeyed to attend. Racing from one event to another and from one session to another can unintentionally diminish significant moments.

While thousands of our messengers were in the hall when this racial unity conversation took place, we also know many may have missed it. Even for those who were present with us in the convention hall, this conversation on racial unity may have become diminished due to the barrage of activities and options that consumed your mind and schedule.

Take Time Now to Consider Your Life and Church

In this summer season, take time now to consider your own life and ministry relating to this national conversation on racial unity. Consider showing a segment of it or even the entire conversation to your church in some setting. Perhaps you were not at our 2016 Southern Baptist Convention. You can watch this conversation here: 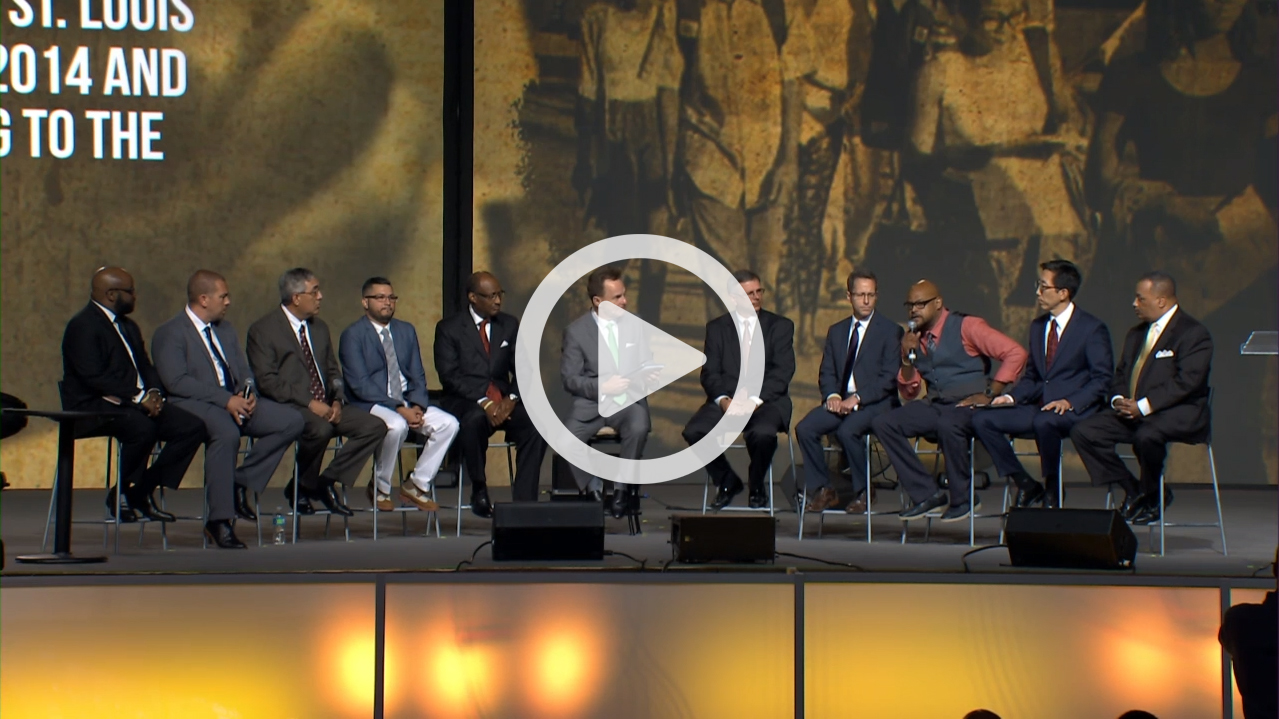 One of the Greatest “For Such a Time as This” Moments

While serving the past two years as President of the Southern Baptist Convention, one of my greatest “for such a time as this” desires was to move us forward in racial unity.

I appeal to you as Southern Baptists, please do not lose this moment historically or presently. Know that this conversation took place publicly because it had already taken place among many of us privately. Furthermore, any advancements we made in this convention or will make in the future as a convention will one day point back to this significant moment where Southern Baptists dealt head-on with one of the most difficult conversations in American life today. We need to further this conversation on racial unity in every church in America, regardless of denominational affiliation.

I conclude today with the words I stated in my 2016 Presidential Address in St. Louis, Missouri, on June 14, 2016: It is with deep regret that I can do nothing about this stained past against our African American brothers and sisters; but with all I am and with all I can, I join you in creating a future together that binds up the nation’s wounds and always marches ahead knowing we will not be satisfied until “justice rolls down like waters, and righteousness like a mighty stream.” (Amos 5:24)

To request an interview with Dr. Ronnie Floyd contact Gayla Oldham at (479) 751-4523 or email gaylao@crosschurch.com.