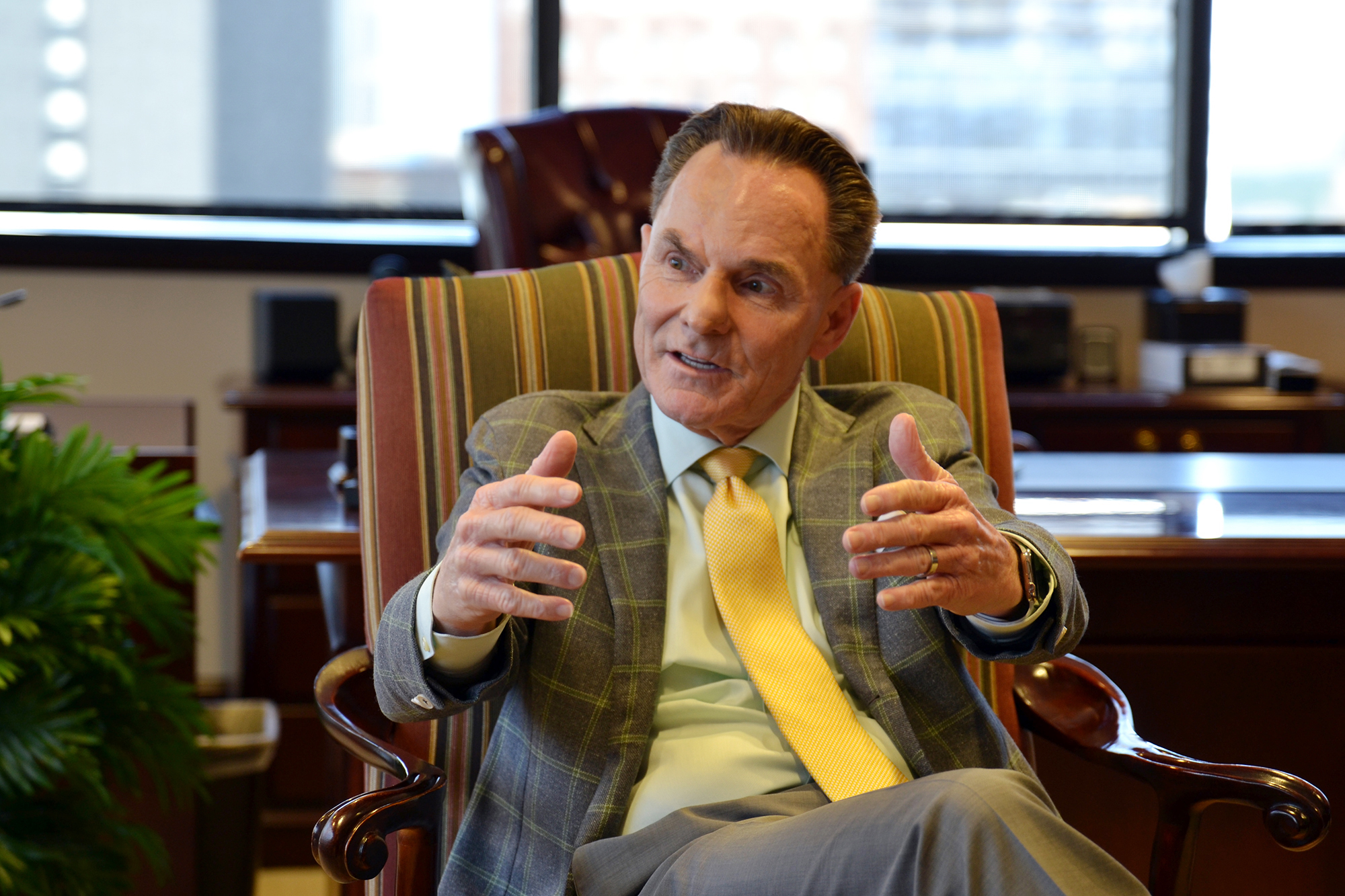 NASHVILLE (BP) — In his office on the seventh floor of the SBC Building in Nashville, Ronnie Floyd sat down with Baptist Press to talk about his first fast-paced, meeting-filled week on the job as president of Southern Baptist Convention’s Executive Committee.

Floyd wrapped up his final sermon as pastor of Cross Church in Springdale, Ark., this past Sunday (May 19). And following the EC presidential search committee’s election of Floyd in April, he has hit the ground running getting ready for Monday (May 20), his first official day on the job.

During his interview, he discussed the challenges Southern Baptists face in today’s culture, and he shared how he has developed more of an appreciation for his new role.

“I know that I’ve got to lead in a way that is different than this position has ever had someone to lead,” Floyd told BP Tuesday (May 21), noting he has no desire to lead in a “business-as-usual” way. “Clear, strong, compelling, visionary leadership [is needed] because we can’t stay the same. There are some areas we’re just not doing real well in, but there are some areas we are doing exceptionally well in.”

“As we look forward,” Floyd told Baptist Press in a statement after seeing the report on Thursday (May 24), “it is time to press reset spiritually and strategically in the Southern Baptist Convention. Prioritizing and elevating the advancement of the good news of Jesus Christ into every town, city and county in America, as well to every person across the world, must be recaptured by every church.”

“I don’t remember a time when the American culture has been so divided, so at each other, so troubled from what this person says to that person says,” Floyd told BP.

“… I’m seeing a lot of disarray in the nation, a lot of division,” he noted. “And rather than many of our churches leaning towards a New Testament model of unity that is built upon the Great Commission and Christian love — taking the Gospel to the world — we’ve kind of entered into that discussion about how we’re just as divided at times as what the country is, and that’s not our role.”

He added, “We need to understand we need each other and if we really believe that people need Jesus then we had better come together to do everything we can to present the Gospel of Christ to every person in the world and make disciples of all the nations.”

Another issue Floyd faces in his new role is helping lead Southern Baptists in their ongoing response to the sexual abuse crisis, reported on in the Houston Chronicle in February and in other media reports.

Floyd said he is focusing a lot of time and energy on how the issue will be addressed by Southern Baptists during the SBC’s annual meeting in Birmingham, June 11-12.

The response, he said, needs to be delivered in the most “Christ-honoring way to build the safest environment we can in our churches and stand boldly and courageously against all sexual abuse.”

“We need to leave Birmingham with there being no debate about where we are, where there are definitive actions that everybody knows … this is what we are going to do,” Floyd said, noting weeks of preparation before officially beginning his duties this week. “So, I’ve been after it … I believe deeply we’ve got to deal with that in the right way.”

Floyd shared how he and his wife Jeana are both committed to the calling that the Lord has put before them to serve in their new roles.

Ultimately, Floyd said believes in the mission of Southern Baptists and wants to “give the best I have towards that,” he said. “God has called me here. I know that. And I’m walking by faith in that.”

“Every church can do something,” he said. “We can do more. And I want to be faithful to whatever that more is. The Cooperative Program is the fuel that literally lifts and energizes and empowers everything we do.”

And Floyd shared his desire to influence younger generations and show them positive, strong leadership and to help lead an SBC they can be proud to cooperate with in the years to come.

“I get excited about the next generation … to hand them a convention that they will embrace and they will forward and they will love, they will want to pass it down to their kids,” he said. “Because of what? Structure? No. But because of a mission that is so worthy that it calls us to do whatever it takes.”

Floyd noted, “I’m a pastor. I’m going to lead from a pastor’s heart and I’m going to work hard in trying to bring us together and move forward together. And that’s what I’m going to do.”

This article was originally posted on bpnews.net.