The church is fighting to find a way to make a difference. Methodologies are tested endlessly. Strategies are adjusted continually. Even theologies are compromised periodically. Each is nothing more than a frail attempt to make some kind of difference.

Yet, at our fingertips is the hope to make a difference. Stirred by the words of Acts 12:5, God has placed upon me what I believe is the most powerful action the church can take. What does Acts 12:5 say?

“So Peter was kept in prison, but prayer was being made earnestly to God for him by the church.”

Peter was just hours away from execution under the leadership of King Herod. While he was in prison, the church was praying. The Bible says the church was praying earnestly to God on Peter’s behalf. Which means that with great fervency and intensity, they were stretched out before God, crying out to Him to save the life of Peter!

The Most Powerful Action the Church Can Take is Prayer

I ask you to say these words out loud as you read them: The most powerful action the church can take is prayer! Under the same conditions Peter faced, if they existed in our time, some modern churches would:

What would your church do? I am convinced that the two most powerful words in Acts 12 are the words, “but prayer.”

I am convinced that the two most powerful words in Acts 12 are the words, “but prayer.”

Peter was in the literal bondage of prison. Yet, people all over our nation and world are living in bondage. Sadly, many of our churches only attempt new methodologies, new strategies, or even adjust their theologies in a futile attempt to help people overcome their problems.

Why Don’t We Pray?

When We Pray, God Does Miracles!

Yes, I write it again and ask you to say it out loud: When we pray, God does miracles! In Acts 12, this is exactly what happened. God freed Peter from prison miraculously, all in response to the prayers of God’s people. God took this ordinary man named Peter, and made him the recipient of an extraordinary work of God because the church prayed.

When we pray, God does miracles.

This Week, I Want To Challenge You

This week, I want to challenge you to take these four actions:

2. Expect miracles: Because our God is sovereign and in complete control of all things and He desires us to pray to Him about all things, expect miracles when you pray. Refuse to settle, expect God to move, and to answer prayer.

3. Trust God’s sovereign will: Yes, He is in complete control of all things; therefore, when you pray, God moves your heart to receive whatever He so chooses to do in response to your prayers. The ways of God are often explainable; therefore, the sovereign will of God has to be trusted.

4. Church, rise up and pray: The greatest action a church can take is prayer!

What the Southern Baptist Convention Can Learn From the 2016 U.S. Presidential Election

There are some things the Southern Baptist Convention can learn from the 2016 United States presidential election. We have lived through one of the most historic moments in the history of the United States. I believe before we run too fast past this moment, we need to consider what our Southern Baptist Convention can learn from this year’s presidential election. 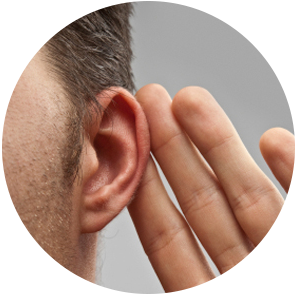 1. Be sure you are listening to all people, not just those around you.

President-elect Donald Trump will become America’s leader on January 20, 2017, because he was listening to the people of America, not just those who were around him regularly. Nor was he just listening to the multiple establishments that comprise our nation.

Southern Baptist leaders must always listen to the real people in our 51,000 churches and congregations, not just each other and those who comprise the structure of our denomination. I am not minimizing a leader in our convention listening to their board of trustees or colleagues; I am optimizing listening to the people in our churches, who we are charged to serve in our ministry assignment.

We cannot minister to those to whom we are not listening. We cannot identify with people we do not take the time to know. The Southern Baptist Convention is a cross-generational, multi-ethnic, and multi-lingual denomination that is comprised mostly of smaller-membership churches located all over America.

We cannot minister to those to whom we are not listening.

Before the election had been determined, Dr. Alvin Reid released one of the greatest and most transparent tweets I have seen on this issue. He wrote, “The one “issue” overlooked by too many in this election cycle is the impact of movements. Our institutional lenses cloud our vision.”

This is not only true about political institutions and establishments, but our own. 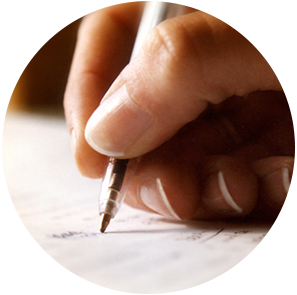 2. Be careful what you say and write, otherwise, it may come back to harm the entire convention.

The 2016 presidential election process was way too long, extremely too volatile, and at times, extremely too divisive. From the beginning of the primaries all the way to the finish line, we saw again and again, what a leader says and writes can come back to harm them.

This is also true about the Southern Baptist Convention. My heart has been so heavy and my spirit grieved with things said or written by Southern Baptist leaders, including many pastors. In John 17, Jesus calls us to love and unity, not divisiveness, insults, and sarcasm.

In John 17, Jesus calls us to love and unity, not divisiveness, insults, and sarcasm.

What a political leader says or writes may cause harm to our nation for a period of time. But much more devastating is that what a God-called leader says and writes may jeopardize their calling, influence, and effectiveness. Not only is their personal testimony and leadership harmed, it harms our churches, our convention, and testimony.

God has the final word on all things; not us. 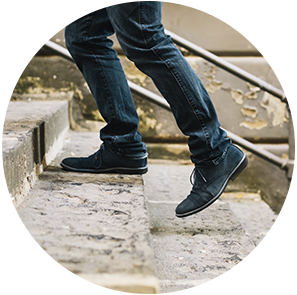 3. Take the high road, even when it is not easy.

Each could have gone on an endless rant, but they did not. In future days, they will each promote and stand strong in their ideology, but they stood tall when it mattered greatly, even when it would have been easy not to.

Southern Baptist leaders and pastors can learn a lot from this. For the sake of all, the high road should always be taken even when it is not easy. Of all people, we should know this. Our follow-through needs to be consistent.

Jesus personified this again and again as a servant-leader. There were innumerable times Jesus took the high road when it would have been so easy for Him not to. After what Jesus lived through in His life here on this earth, we should walk in His steps.

We are servant-leaders, not just people who lead. Have you ever washed anyone’s feet like Jesus did? It changes your perspective.

God led me to do this one time. I did it. It was not comfortable. It blessed me greatly and changed my perspective.

Perhaps as Southern Baptist leaders, we need our perspective changed or at least adjusted. We need to be part of the lives of the people we are called to serve. We should not just hang around our colleagues or our gang of friends, but all the people that comprise our churches.

When we serve effectively, it is only then we can lead.

When we serve effectively, it is only then we can lead.

Never fail to serve and always lead with love.