Why We Are Where We Are in America and the World 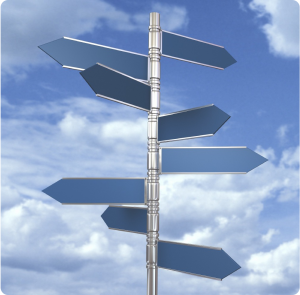 We are living in an unprecedented time in America.

Where We Are in America

Consider these things with me today: Lawlessness abounds nationally. Racial unrest and violence erupt endlessly. Marriage and family are being completely redefined. God’s definition of sexuality is constantly degraded. Killing the unborn is shamelessly accepted or ignored. Arguments about immigration occur constantly.

What is the answer? What do we do now? Where is our hope?

Where We Are in the World

The world is becoming more dangerous daily and more frightening by the minute. Why?

Iran is becoming more empowered by our own nation. Many across the world are marginalizing Israel. Russia is being ignited and permitted to be a world leader. Syria and Iraq are in disarray. This has resulted in 7 million refugees from these two countries. This stands as the greatest humanitarian crisis in the world today.

At the same time, ISIS and Boko Haram are on the move, showing no reserve or retreat. Both are destructive forces in the world. Women are being raped, girls are sold into sex slavery, and Christians are beheaded. The recent destructive and deadly attacks on Paris in mid-November have now placed fear not only in European countries, but also globally. Since a Russian jet was destroyed in October, killing hundreds of people, air travel has changed both nationally and internationally.

Why We Are Where We Are in America and the World

Why are we where we are in America and across the world? It would be easy to point fingers, but the blame game never leads to anything productive. It always divides; it never unites. Since we are the Church of Jesus Christ, built upon the infallibility and inerrancy of the Holy Scripture, we need to approach where we are spiritually.

In our world comprised of 7.28 billion people, an estimated 3 billion are regarded as unreached and unengaged with the gospel of Jesus Christ. This means that to our knowledge, the gospel has never been known among these people. Some missiologists even believe that to our knowledge, the vast majority of the world has no knowledge of salvation by faith in Christ alone. Therefore, could it be that the world’s condition of lostness is the reason our world is where it is today?

Here at home, of the 322 million Americans, missiologists believe that three out of four do not have a personal relationship with Jesus Christ. There is a need for the pure gospel of Jesus Christ to be communicated to all persons in America and across the world.

Regardless of what research may report or studies conclude, thankfully, we know that God is always working and knows what we do not. We do know that God is committed to redeeming the world.

We are where we are in America and the world because so many people are spiritually lost and in deep need of the life-changing power of Jesus Christ.

Meanwhile, Back in the Southern Baptist Convention

While all of these realities are undeniably happening nationally and internationally, back in the Southern Baptist Convention, we are facing enormous challenges:

Therefore, in This Moment

Therefore, in this moment when violence in our nation and world is increasing, the church must rise up, condemning unjust and senseless violence, and resolve to advance the gospel of peace to every person here and across the world.

Pastors, church leaders, and churches, regardless of what has been said, written or presumed about you, let it go. Take it to the Lord in prayer. Forgive.

Preach and share the gospel anytime, anywhere with anyone. God will be with you and empower you to do it in His power for His glory.

It is more obvious by the minute that we need a great Spiritual Awakening in America and the world. Therefore, pray, live, and lead accordingly.

Reaching the world for Christ is the vision and passion of our Southern Baptist Convention. Our grand task to present the gospel of Jesus Christ to every person in the world and make disciples of all the nations is what our Lottie Moon Christmas Offering is all about.

Because of Who He is is an inspirational video you can share in your worship services, small groups, or even the lobby of your church. As stated on the International Mission Board website, your giving enables missionaries to be sent to make disciples and multiply churches among the unreached peoples and places for the glory of God.

You and Your Church

This is why each one of us personally and our churches collectively must pray diligently and ask God what He wants us to give to reaching the world for Christ. The need has never been greater. The call is clear to advance the gospel whether it is through planting churches, ministries of compassion, or equipping the next generation.

Join Jeana and Me… Give More Than Ever Before

Now is the Time to Come Together

Now is the time to come together to increase our giving to send missionaries around the globe. Yes, our International Mission Board has experienced an undeniable setback in the last few months due to our financial situation. However, this reset is not regress. Our Southern Baptist Convention is committed more than ever before to reaching the world for Christ.

Now is the time to come together and make Jesus’ name known to all the nations!

Because of who He is we must find a way together to declare His name to all the nations. Let’s rise up and give in an unprecedented way to our 2015 Lottie Moon Christmas Offering for International Missions. Now is the time to reach the world for Christ.