The Power of Prayer: What God Can Do Versus What We Can Do 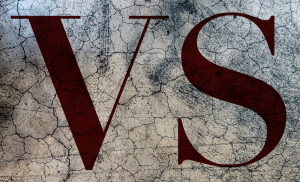 For far too long, the world has seen what we can do. It is time for the world to see what God can do.

I believe that every Bible-believing Christian church, denomination, college, and ministry, as well as every Christian’s religious liberty stands on the shoulders of prayer for America. Furthermore, I believe prayer based upon Holy Scripture is the only thing that can bring our nation together and forward the Christian gospel and movement exponentially.

Yes, I believe in the power of prayer.

Congressman Steve Scalise On the Power of Prayer

On Thursday, September 28, the Majority Whip of the House of Representatives, Congressman Steve Scalise, returned to Capitol Hill. This was his first return since June 14, when he and some of his friends were gunned down at a baseball practice.

He stated, “I’m definitely a living example that miracles really do happen.” His colleagues welcomed him back to the floor of the House this past week. In his remarks to the House, he shared, “It starts with God,” and that while on the ballfield and could not move, “I just started praying.” Friends, this is a man who knew before going into this surprising challenge in his life, and now knows more than ever, following God is about the power of prayer.

The Power of Prayer Cannot Be Refuted

For those who have seen God walk into their lives and intervene in a way that only He could, it would be impossible to refute that God answers prayer and that prayer is powerful.

There has never been a time in our generation more than now where the churches in America need to recapture a deep belief in the power of prayer. We are living in desperate days. The need is urgent.

Offering meaningless, repetitive, routine prayers in church worship needs to cease. Either we believe in the power of prayer or we do not.

The Power of Prayer Shows What God Can Do

I say it again: For far too long, the world has seen what we can do. It is time for the world to see what God can do.

Now is the Time to Lead and to Pray,

Dr. Ronnie Floyd is the Senior Pastor of Cross Church, President of the National Day of Prayer, founder of the Cross Church School of Ministry, and host of the Ronnie Floyd on Life and Leadership Today podcast.