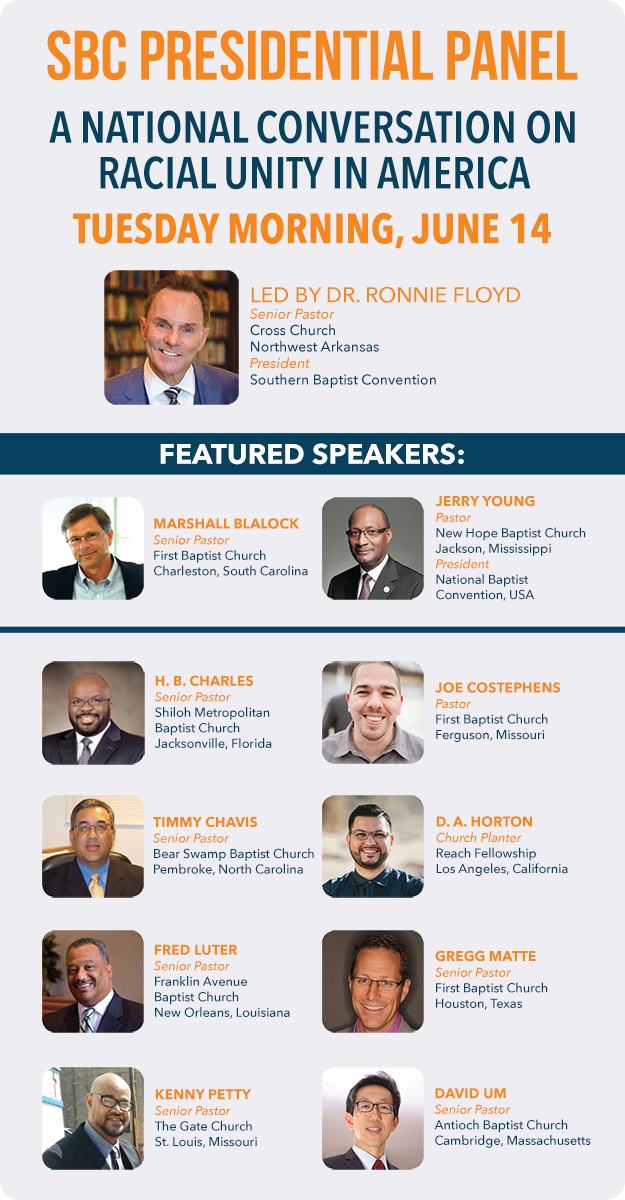 When I was elected President of the Southern Baptist Convention in June of 2014 in Baltimore, little did I know God would take me through the open doors of addressing racial challenges in America.

While racial unrest already existed in our nation, it was not until August 9, 2014, and the tragic death of a black teenager named Michael Brown, shot and killed by a white police officer in Ferguson, Missouri, that we began to see this racial unrest erupt like a volcano across our nation.

God Adjusted My Path of Understanding

From my very first press conference as the newly-elected President of the Southern Baptist Convention, I began calling upon Southern Baptists to join me in praying extraordinarily and passionately pursuing the next Great Spiritual Awakening in America. When the Ferguson tragedy occurred, God burdened my heart immediately, adjusting my path of understanding. Politicians, corporate leaders, educators, religious leaders, and pastors in America rarely initiate and move forward a positive agenda that leads to racial unity. We should seek to change this.

While this path is still toward the next Great Awakening, God revealed clearly to me and anyone else that has been spiritually alert in America that one of the greatest sins in our nation today is the sin of racism.

I encourage you to take the time to review the following articles, which will recount the journey taken to bring us to the upcoming session at our 2016 Southern Baptist Convention, A National Conversation on Racial Unity.

Immediately following my Presidential Address, we will move into our National Conversation on Racial Unity.  Dr. Jerry Young, President of the National Baptist Convention, USA, and Marshall Blalock, Pastor of the First Baptist Church of Charleston, South Carolina, will begin the conversation. Dr. Young will speak on “Where We Are Today and Where We Must Go in the Future,” and Pastor Blalock will speak on “The Tragedy and Triumph of Charleston, South Carolina.”

From this foundation, I will lead a panel conversation on racial unity in America. During this fifty-five-minute section of our Southern Baptist Convention, we will be joined by the following ten pastors:

The entire Tuesday morning session will be powerful, so please do not miss any of it. All scheduled luncheons will occur following the dismissal of the morning session. You won’t be late!

One of the areas we will pray about on Tuesday night of the convention in our National Call to Prayer for Spiritual Leadership, Revived Churches, and Nationwide & Global Awakening is the racial crisis in our nation. How do we not do this when we are meeting within twenty minutes of Ferguson, Missouri?

Pray Now for This National Conversation

Would you begin to call out to God daily by name each of us who will be participating in this conversation during our convention gathering? Put the attached graphic in a prominent place and join me in this prayer initiative.