Southern Baptists: Let Your Voices Be Clear in Houston and Beyond

Then on Friday, October 17, the city’s mayoral office revised the subpoenas, removing the word “sermons”; but other communications by these pastors are still targeted by the subpoenas. On Saturday, October 18, the Houston Chronicle reported, “The subpoenas now seek ‘all speeches or presentations related to HERO or the Petition’ the pastors delivered, revised, approved or have on hand.”

Regardless of the nature of communications they want from the pastors and churches, this is a blatant example of governmental overreach and is a clear attempt to silence the voice of the Church in Houston, Texas, America, and the world.

In this critical moment, the Mayor’s Office in Houston—and every other city in our country—needs to remember that this is America, governed by the United States Constitution which contains the Bill of Rights. The First Amendment of our nation’s Constitution states:

Congress shall make no law respecting an establishment of religion, or prohibiting the free exercise thereof; or abridging the freedom of speech, or of the press; or the right of the people peaceably to assemble, and to petition the Government for a redress of grievances.

This amendment protects religious Americans and their leaders from governmental intrusion into the church and government regulation of religious speech. All Americans, including pastors and other religious leaders, are to be extended the freedom of association, as well as given complete protection if we ever desire to make a formal complaint to the government over something of concern or seek its assistance about something of concern to us. In all of this, never are we to fear any punishment or governmental reprisal.

Southern Baptist family, we must rise up together and be clear in Houston and beyond. While many in mainline denominations will shy away from this discussion, and some evangelicals may also be silent, as Baptists, we must rise up and be very clear. We have and always will rise up with a clear voice on the following matters:

1. Standing on the Bible as God’s Word

God’s Word is “truth without any mixture of error” (The Baptist Faith and Message). We stand upon it and its absolute authority on all it declares, whether it is marriage between a man and a woman only or salvation by faith in Christ alone. Therefore, we will rise up under the Lordship of Jesus Christ, standing courageously on the Word of God, and standing with others who do the same.

2. Seeking to Win Others to Faith in Christ

As Southern Baptists, we will hold the truth of God in one hand and the love of God in the other hand. Compromise will not occur with matters regarding the transforming power of genuine salvation through faith in the death, burial, and resurrection of Jesus Christ. We will share the Gospel with all people, wanting them to know the power of God’s love found only in a personal, dynamic, life-changing relationship with Jesus Christ.

We boldly declare that “church and state should be separate” and that we “believe that the state owes every church protection and freedom in the pursuit of its spiritual end” (The Baptist Faith and Message).

On October 16, 2014, Russell Moore, president of the SBC’s Ethics and Religious Liberty Commission, wrote a good word for all of us to remember: “Religious liberty isn’t ours to give away to Caesar, and soul freedom isn’t subject to subpoena from City Hall.”

This is why Southern Baptists and others must stand together with these pastors in Houston who are under attack and scrutiny. We must express support #4Houston5 and commit to pray for these five pastors who are facing this present challenge, as well as all pastors in Houston and beyond.

4. Caring for All People Compassionately

While we disagree with those who operate from an ideology that is completely at odds with what we believe is declared in God’s Word, we will care for them compassionately. Pastors, spiritual leaders, and churches must rise up, caring compassionately for all people.

5. Praying for Our Nation Continually

In times like these, we should be rising up tall by falling before our Father in Heaven, crying out to Him endlessly in repentance, appealing to Him in His Sovereignty for the next great spiritual awakening in our land. I have said for months, and it is becoming more obvious by the day, that we must enter into a major season of clear agreement and visible union, coupled with extraordinary prayer, for the next Great Awakening in America.

Please join us and call upon others to join us at pray4awakening.com. In the coming days, I will be giving more clear definition about what all of this means, but we will fail Houston, America, and the world if we do not pray like never before. We need spiritual awakening in America.

A Clear Notification to Houston and Beyond

As a clear notification to the city of Houston and other cities in our country and beyond—you can propose laws to try to silence the voice of the Church, but the Kingdom of God is unstoppable. Scripture is clear: “The gates of hell shall not prevail against” the Church of Jesus Christ (Matthew 16:18).

In the end, the Lord will win! King Jesus Reigns!

This Week at Cross Church | Sunday Will Be Big! Join Us and Lead The Way!

This Sunday, October 26, will be big. Please join us and lead the way in getting others to be here. What is Sunday about? 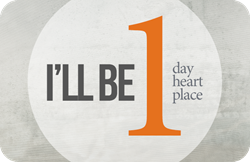 Sunday is “I’ll Be 1” Day here at Cross Church. Yes, this means on October 26, we are trying to gather all of our members and all of our guests within the past six months, to be here on:

Please join us by being here in worship and Bible Study, as well as helping us gather all of our people. Let’s do what we can together to make a major difference for Jesus Christ. 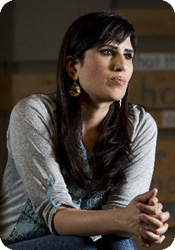 This Sunday, I will interview one of the most unique personalities you will find internationally. Naghmeh Abedini is the wife of the Iranian American Pastor Saeed Abedini, who has been imprisoned for his faith in Iran since 2012, and is now serving an 8-year sentence. This will be a powerful experience for Cross Church. Do not miss it.

We will also preach God’s Word, holding up our great God and those who have exhibited faith in Him.

Cross Church, Let’s Stand Up Together

Let’s stand up together in this significant moment. We need to stand together in unity, prayer, and mission. Let’s not let anything distract us or divide us in our hearts toward God, His church here called Cross Church, and in our mission of reaching Northwest Arkansas, America, and the world for Jesus Christ.