The Border Crisis in Texas Personalized

The news stories and pictures of the border crisis in Texas all became personalized for me on Tuesday. The children and young people we saw are real children and real young people. We saw children from seven to seventeen years of age, from the countries of Honduras, Ecuador, El Salvador, Guatemala, and Mexico.

On Friday, July 11, I issued a Call to Prayer: Responding to the Crisis on the Texas Border, and addressed the border crisis as President of the Southern Baptist Convention. When I was called upon to accompany Dr. Russell Moore, President of the Ethics and Religious Liberty Commission, and Dr. Jim Richards, Executive Director of the Southern Baptists of Texas to the border of Texas, I cleared my calendar and joined them. Dr. Moore and I were together in McAllen, and Dr. Richards joined us in San Antonio. We were accompanied and escorted into these places by Mr. Ali Noorani, the Executive Director of the National Immigration Forum.

What Did We Do?

We began yesterday morning by touring a Texas Border Patrol facility in McAllen, Texas. Within twenty hours of entering our country, children are brought to facilities like this and cared for until they are taken elsewhere, depending on their situation and physical condition. This facility has just been renovated and can facilitate the care of approximately 1,000 children. Following this forty-five minute tour, we held a press conference that was very well attended by the media. 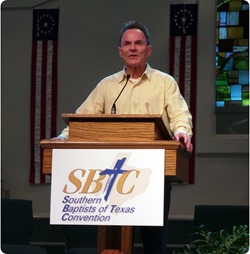 Then, we drove 270 miles to San Antonio, Texas. Upon arrival at Lackland Air Force Base, we toured the Health and Human Services Facility for migrant children, ages twelve through seventeen. This facility houses up to 1,200 young people. They are usually at this center less than one month before being assigned to their next location. Following this forty-five minute tour, we held another press conference for the media in San Antonio, as well as other media outlets that called into the conference.

Due to flight schedules, we quickly headed to the San Antonio International Airport, and began to make our way home. Before boarding for my flight to Dallas, I was interviewed by no less than five media outlets from around the country. The attention the media is giving to this crisis tells us one thing: It is a major crisis in our nation.

What Did We See and Hear?

As I said earlier, the children we saw in McAllen were as young as seven years of age, and in San Antonio, the young people we saw were twelve to seventeen years of age. We have six grandchildren, of which the oldest is eight years of age. When I saw these little boys and girls, I thought of my granddaughter, Reese Caroline, who just turned seven. When I heard a seven year-old boy asked a question about his family and he stated, “I have no family”, my heart melted.

My mind immediately went to our Reese Caroline, who was the same age as this seven year-old boy, and our Parker, who will be seven years old in August, and I thought: I cannot imagine how a seven year-old child could leave his country in Honduras, Guatemala, Ecuador, El Salvador, or Mexico and make the trek here safely, ending up in McAllen, Texas. There is no way I can even think of our Peyton, Reese, Parker, Beckham, Jack, or Nora making the trek across a dangerous terrain, entering into a different country than their own. But friends, it is happening every day in this world.

Why are they doing this? Through translators, these children from age seven to seventeen told us why:

When conditions are bad enough, people will do anything. I stated in our San Antonio Press Conference: “People will go a long way and tackle obstacles when they feel that hope is possible. They are hoping for a better life.” Hope will drive even a child to pursue a better future. This is why gospel churches need to step up to this moment and present the powerful hope of the gospel of Jesus Christ.

What Do We Need to Do Now?

Yes, the border crisis is personalized. Now, I reflect upon the faces of these children and young people. Christ-followers, what do we do now?

1. Pray for the leaders of our nation diligently. We need to humbly call upon the leaders of our country to fix the immigration system in our nation. Since we have elected them to lead us, we need to pray for them to come together and agree upon what needs to be done in reforming our immigration system. I want to request that you lead your church to do the following: Next Sunday, ask your church to pray with you about this major crisis in our nation. We have done this for the past two Sundays in our fellowship.

2. Pastors, especially the pastors who lead churches located on the borders of our nation, lead your church to do whatever you can to demonstrate compassion to all immigrants, meeting their needs, and proclaiming the hope we have in Jesus Christ. The great news is that God is moving and changing the lives of many of these children and young people, as they are coming to know Jesus Christ personally. God is committed to bringing people unto Himself, so let’s get involved with what He is doing.

3. Prepare to engage in helping others through this crisis. I stated in our press conferences yesterday that our Southern Baptist churches are ready to help all persons in need if we are given the opportunity to do so. Many of our churches that are located on the border of Texas are doing as much as they are permitted to do to help right now; thanks to each of these pastors and churches as well as our Southern Baptist National Disaster Relief Ministry that was very involved in this crisis until they were no longer permitted. We pray for the open door in the future for all of us to be able to help.

For me, the border crisis is now personalized. I hope that after reading this and praying about it, it will become personalized for you.

We have seen some great things this summer at Cross Church! What a joy it has been to look back at what God has done and see how our Cross Church family has been sharing the love of Christ all over Northwest Arkansas, America, and the world. 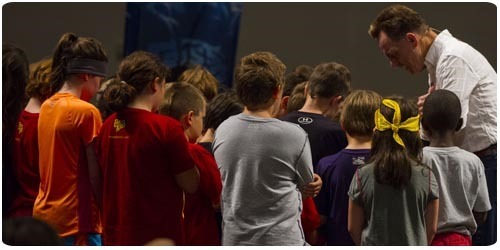 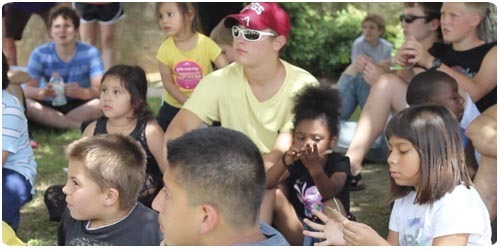 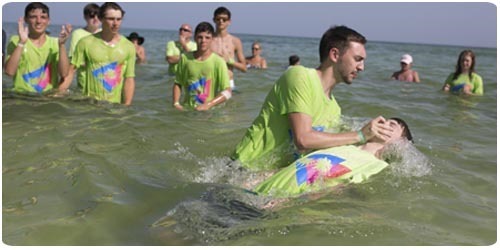 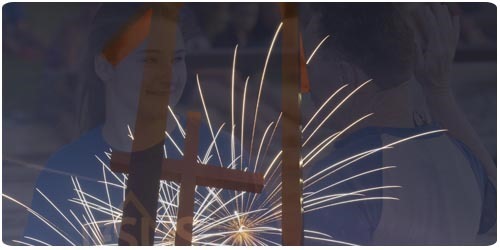 We praise God for all He has already done this summer, but there is still more to do. Let’s finish the summer strong by continuing to give faithfully, even while you are away. Following us on Twitter, Facebook, and Instagram is easy, and a great way to see your giving and ministry in action.