What the Decline in Check Writing Will Mean for Your Church

The article below, published by Mark Brooks, Founding Partner and President of The Charis Group, is relevant to churches – large and small – all across the country. Pastors and church leaders, please take the time to read and consider this valuable article.

What the Decline in Check Writing will Mean for Your Church

Americans have changed the way they do commerce. Sit at your local Starbucks or McDonalds and you can see it. When was the last time you saw somebody writing a check? For that matter how often do you see anyone paying with cash? More and more Americans are turning away from the traditional means of payment towards plastic and digital commerce.

The Decline of Paper Checks

How many paper checks a month do you write in your family?  You probably write few of any. The younger you are the fewer you write. In the last decade check writing has declined significantly. Consider the following facts from the Federal Reserve…

The Federal Reserve summary of why check writing is in decline stated, “One key reason for the decline in check writing is the public’s rapid adoption of new and convenient payments service technologies. Today’s payment technologies allow households and businesses to pay by cash, checks, automated payments through automated clearinghouse (ACH) payments networks, debit cards, credit cards, and prepaid cards.”

Commerce today is more digital than ever before and this trend is only going to continue.

How The Church Has Responded to This Change

For the most part the church has NOT responded. In a 2011 study done by Lifeway Research only 14% of those churches surveyed offered online giving. For the past few months I have been conducting a survey of churches and their online giving activity. You can take that survey by going here. While the results of our survey shows a higher percentage of online usage by churches, 58% of respondents say they offer online giving, none the less it reveals some startling facts.

Clearly the Church has a long ways to go to catch up with the rest of how society is doing commerce! Many that have online giving are not using the tool effectively. Those that feel their members will not use it should ask how many have automatic bill payments set up. As for costing too much, would WalMart or McDonalds offer plastic options if in the long run it did not pay for itself? Transaction rates are fractional and providing ease of use will increase giving which will more than pay for any costs. As for not understanding how this technology works did that stop you from buying a computer? It is the 21st century after all.

When we do not offer online giving then we are forcing those who attend our churches to adapt to our 20th century means of collecting money. Fewer of your attendees come to church with their checkbooks and they have little cash on their person. Could this be one reason why giving to the church continues to decline?

What the Decline in Check Writing Will Mean for Your Church

This technological and cultural shift if not meet will have drastic implications for The Church including Your church. As your congregation gets younger by attrition you will see check writing become more infrequently used. If we do not change our process for collecting the offering we will see our offerings decline! The reason is simple. The harder we make it for people to give the less likely they will give. If our only means of collection remains the traditional offering plate, people will put in the few dollars they have on their person. The percentage of what you collect will decline if it has not already.

The Bible teaches us that we must give it does not say how. The offering plate came into wide acceptance in the U.S. only in the late 1800′s to early 1900′s. It is not the 11th commandment that gifts be put in a basket or plate. The offering plate is a tool. It will remain for some time an effective tool for collecting gifts. However if it is your only tool and the demise of paper checks continues then you are in trouble.

Smart churches provide multiple ways for people to give thus increasing their ability to receive funds. Since check writing is in decline isn’t it time you offered online giving?

This Week at Cross Church: To God Be The Glory! 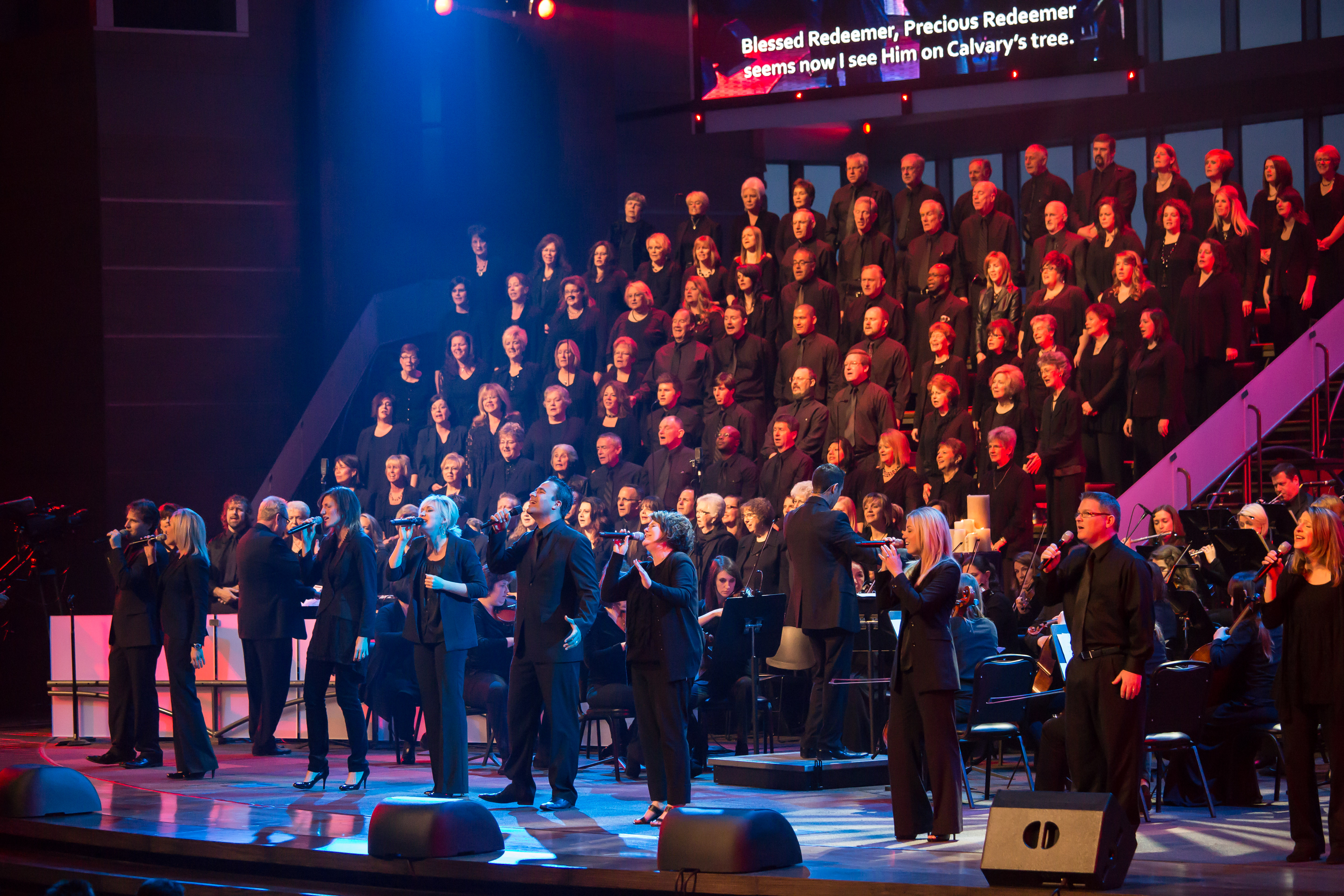 Easter week, what we called Passion Week, proved to be a record-breaking week for the ministry of Cross Church. What God did through this ministry is absolutely amazing. To God be the Glory!

What God Did Through Cross Church

What I am about to tell you is amazing and only could happen with God. Nothing is impossible with God — to God be the Glory! The Cross Church campuses reached 16,750 people on Easter weekend! Our team has worked hard to insure we are being more than conservative on this number. Praise God for how people responded to the Word of God and worshipped our Risen Lord!

The Reach Cross Church had During Passion Week

Our team felt it would be important for you to know the reach Cross Church had from Monday of Passion Week through our final service on Easter Sunday. This is another powerful testimony of God’s mighty power! From Monday of Passion Week through Easter Sunday, Cross Church reached 21,456 people in our community across all of our campuses. Can you imagine this? God used the Passion Week events to reach thousands not only on Sunday morning, but throughout the week as well! To God be the Glory!

The response to the Passion Week Bible study luncheons was amazing. Yes, we will have the Passion Week luncheons next year and we expect them to gain an even greater response! Friend, plan to be a part of these next year. You will NOT be sorry. If you missed any of the luncheons, or want to review the lessons, click here. Also, DVDs of the luncheons will be available for purchase at the Cross Church bookstores starting Sunday, April 7.

Friday Night’s “Reflections on the Death and Burial of Jesus Christ” was Incredible!

This was one of the most incredible evenings of worship we have ever had at Cross Church, interweaving the teaching of God’s Word on the sobering reality of Jesus’ death and burial. With honor, solemnity, and dignity, we walked through this evening with a powerful presence of God upon the people. Yes, we will do all we can to have this type of worship gathering in 2014.

Thank you to our Staff Team and Volunteers

Thank you to our entire staff team and every volunteer who helped in any way during this powerful Passion Week. Your time and prayer investments resulted in reaching no less than 21,456 people in our region. This was one great investment of your life! Thank you for doing it! To God be the Glory!

Let Every Voice Join in Chorus . . . to God be the Glory!