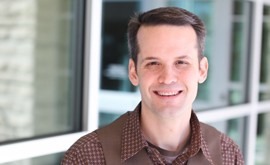 Last week, over on my personal blog, I published a post on why The SBC Needs Ronnie Floyd as its next president.

Today, I had the privilege of sitting with Pastor Floyd, his family, and other Cross Church staff as votes were cast. After over an hour of waiting for the count, it became reality. Dr. Ronnie Floyd is officially president-elect of the Southern Baptist Convention. He will begin serving his term today at the conclusion of this year’s annual meeting.

As I sit writing this blog post, it is late Tuesday evening and I am reflecting on all I witnessed today pre- and post-election.

I will tell you that “tension” is an understatement as to my feelings during the vote count. I was fairly confident Pastor Floyd would be elected, but you never know until you know. Once the vote count was read and his election was confirmed, there was a surreal moment of “wow, it really happened!” Followed immediately by a feeling of “what now?”

The “what now” was a collective exhale, followed by Pastor Floyd’s wife, Jeana, leaning over to give him a kiss. I was then able to step over to shake his hand, tell him how proud I am to work with him, and that I am now officially praying for him in a new way.

Along with his son, Nick, and fellow staff members Andy Wilson, Buster Pray and Julio Arriola, we walked with Pastor Floyd over to the Baptist21 luncheon, where he was invited to speak publicly for the first time as president-elect of the SBC. He spent a few moments encouraging this packed-house meeting of next generation leaders, then leading the group in prayer. 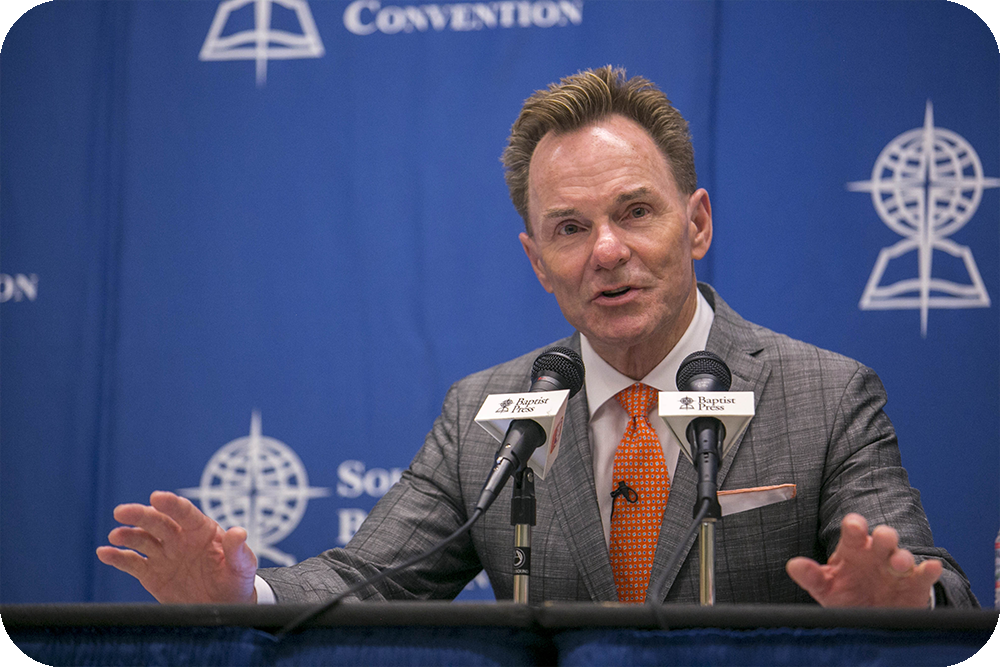 Next, Pastor Floyd left to prepare for his first major press conference, to be held at 2:00 p.m. I was there as he did a masterful job of sharing his vision for the SBC – a vision of extraordinary prayer for spiritual awakening in our churches and nation. A vision of accelerating the Great Commission unto its completion in our generation. And a “Call to Columbus,” imploring every Southern Baptist leader of every association, state convention, entity, and church, to be in Columbus in 2015 for the Southern Baptist Convention as we make this a launching point for God’s next move among our convention of churches. It was a powerful statement, followed by Q & A with the press corps. He left this press conference to immediately do a private interview with our home state paper, The Arkansas Democrat Gazette. This became just the first of a series of media interviews the rest of the afternoon.

Following the evening session of the convention, we arranged for an impromptu reception in one of the convention meeting rooms. About 100 friends and colleagues joined the Cross Church staff team along with Pastor Floyd’s family. What a moment it was as Pastor Ted Traylor led the introduction of numerous friends, who rose and spoke words of encouragement to Pastor Floyd as he is embarking on the greatest leadership challenge of his ministry. Among them were: O.S. Hawkins, Ken Whitten, Vance Pitman, Al Mohler, Claude Thomas, Grant Etheridge, Frank Page, Tom Elliff, Jimmy Draper, and his son, Nick Floyd. To close our time was current president, Fred Luter, and Paige Patterson, who both led prayers of blessing over Pastor Floyd.

And so now it is nearly midnight. Day One in the books.

Won’t you join me in praying for our new president of the Southern Baptist Convention, Dr. Ronnie Floyd?

Because only God knows what tomorrow will bring.

Pastor Floyd will not be blogging the rest of this week, as he is in attendance at the Southern Baptist Convention (SBC) meeting in Baltimore, Maryland, June 10 and 11.

As you may be aware, Pastor Floyd will have his name entered into nomination for the presidency of the Southern Baptist Convention today by Dr. Al Mohler, the president of the Southern Baptist Theological Seminary. The president of the SBC is the official voice of the largest protestant denomination in North America. It is a position of tremendous honor, but also tremendous responsibility. Our desire at Cross Church is for nothing short of God’s perfect will. In that vein, please pray today for Pastor Floyd and for Dr. Mohler, but also pray that the Lord’s will wins the day!

You can watch the election of the next president of the Southern Baptist Convention here. The election is scheduled for 10:30 EST.